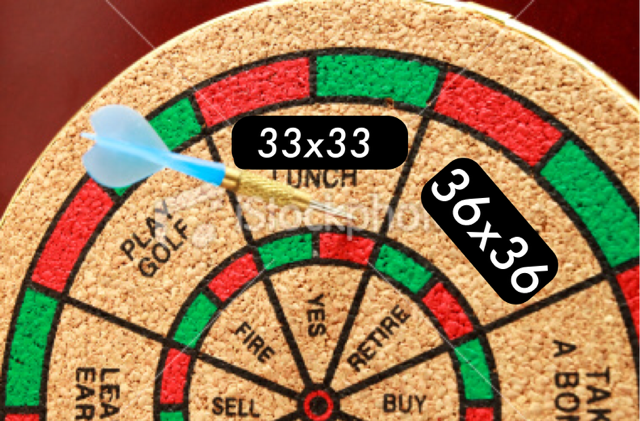 I was hoping that the dart would hit the 48"x48" - right now I think that would be the largest machine I would ever need.

I too am a little sad that one can not purchase just the rail. As a person who just purchased one of the aluminum beds, I noticed no mention for ability to mount that to the new cross section pieces.

It would be nice to get just the rail and expand the X. Cut the existing cross plates apart with a chop saw and weld them back together. The tolerances weren't that great on the holes in the first place. That type of expansion would be in line for us garage tinkers. I can't speak for everyone, as I only want a few more inches of work area. I've already upgraded the Z axis and added limit switches, with 9mm belts being the next item of business.
Shapeoko 1 #unknown
Shapeoko 3 #572
Checkout my Etsy Store
Top

Here's a quick and dirty comparison in size between the SO3 and SO3-XXL sitting on a 49"x65" table. There are several problems with the XXL drawing, just a quick stretch of the original SO3.

I suspect the 33" limitation was found through some modeling and experimentation-beyond that and you start talking about unacceptable flex in the gantry, and hence a machine that isn't stiff enough to cut what the stock SO3 can. I'm actually considering shorter-much shorter-on my new machine (33" gantry length) to reduce deflection. Longer than that on the side rails (y-axis) and you need supports there as well. Everything in engineering is a trade off.
Modified Shapeoko 2: 1500mm fully supported y-axis, 1000 mm 4060 x-axis, ACME Belt Drive Z-axis, Dewalt DNP611, full aluminum t-slot table, 4x NEMA23 180 oz/in stepper motors driven by a G540
Top

I imagine that your right. What would be great is for Edward or Carbide to simply give all of us who paid for an SO3 a quick explanation of why the sizes were chosen, if they plan on larger (or this new extrusion wasn't as rigid as they thought) and what the deal is with extrusion. That would take all of about 5 mins and let everyone know what to expect.

This would be nice since they have yet to return a single email when their customers ask about this.
Shapeoko 3 #109
Routakit HD Beta #001
Top

Though it's not the size I want, I will buy the XXL 33x33 later this year. It will be too long in one dimension, too short in the other, but I can work with it at least. Would really have liked a 48x24 cutting area, but maybe that is asking too much of the new extrusion. I don't know what deflection would would expect at that length, it might require reinforcement which would mean additional design and cost.
Shapeoko 2 #7353
1500x1000mm Shapeoko/X-Carve Hybrid, Nema-23's, Belt-Driven Z-Axis /w ACME Screw, Dewalt 611, Soundproof Enclosure
[Fusion 360 | Illustrator] -> Universal G-Code Sender
Top

Atonwa wrote:I imagine that your right. What would be great is for Edward or Carbide to simply give all of us who paid for an SO3 a quick explanation of why the sizes were chosen, if they plan on larger (or this new extrusion wasn't as rigid as they thought) and what the deal is with extrusion. That would take all of about 5 mins and let everyone know what to expect.

The extrusion is plenty stiff and rigid enough. I can attest to that.

I visited Edward a month ago and got to see these prototypes, the XL and XXL, along with the 4'x4' prototype. I can't say much other than I will be getting an XXL myself. The 4'x4' was much larger in person than I imagined, and I realized that I have no space in my workshop for it. It was almost 5'x6', not counting a dedicated table and walking area next to it. There was no way I could reasonably move it out of the way when I wasn't using it.

After thinking about it, the XXL will do 99% of everything that I will need to on it, take up about half the floor space in my garage, and build a "torsion box" table with standard 4'x8' sheets (the XXL is about 45" wide). Anything larger than the XXL, I can come up with other ways of solving the problem, like having the XXL create joinable templates that I can hand route large parts with a flush trim bit.
Last edited by chamnit on Thu Feb 25, 2016 8:44 pm, edited 5 times in total.
Top

If someone figures out a good way to join the extrusions, you could join XL rails to the existing S3 ones. That would fit your 48x24" cutting area inside.